Las Vegas for the Non-Gambler

Updated: a day ago

Let's get traveling! Contact me here for more information!

Why should you go to Las Vegas if you don't gamble? My husband and I rarely partake in the slots or tables, but we've found plenty to see and do in our travels to Las Vegas!

Just returned from five days in Las Vegas during the ongoing Pandemic. As noted below, we go to Vegas for the shows and the nearby state parks more than anything else. If you are hesitant to travel, you might think Vegas is right on top of the list of places not to visit right now. Here's what we found:

We stayed at the MGM Grand. Weekday rates were roughly $49/night, with weekends running about $120/night (don't forget to add in the unavoidable $44/day resort fee.) The hotel has instituted an App to check-in/check-out so you don't need to approach the front desk. We didn't use the App but there was no line; plexiglass and masked desk clerks were the norm. Masks were required in all indoor facilities and many restaurants and lounges were closed. The few we saw open (with the exception of the food court), required table seating (distanced). Slot machines were open as long as you could sit a part from the next person and if not, they were turned off. Gaming tables had plexiglass between players and dealers. Bars had plexiglass between every barstool.

Photos by Seguras: Weekday lobby check-in, empty gaming rooms, plexiglass between every seat at the bar

MGM (and some other hotels) have instituted "Stay Well" protocols, which include: Private check-in, air purification, specialized lighting, non-toxic cleaning supplies and UV lighting to reduce viruses, microbes and bacteria. Masks are enforced 24/7 in hallways, lobbies and gaming rooms.

With no performances, street life was limited, especially on weekdays. The Strip was definitely dim with some hotels closed and others obviously saving energy (and cost) with fewer lights. Many of the visitors (not everyone) walking the Strip wore masks and it was easy to social distance when necessary.

Photos by Seguras: Week night on the bridge over Las Vegas Blvd, lights dimmed on the strip, approximately 60% mask compliance on the street (mandatory indoors)

We left the strip several times to eat at local restaurants and all required masks, social distancing and one even took our temperature upon entering. Highly recommend Mi Ranchito on W. Sahara - great food and margaritas!

We explored a few trails at Red Rock Canyon and Valley of Fire again, but this time we also took an Emerald Cave Kayak Tour with Zoltan David. The tour was five miles roundtrip in the spectacular Black Canyon on the Colorado River. Our resting spots included the Gauging Station, built in 1931, a short walk to visit the remnants of the engineer's house who worked the gauging station and the Emerald Cave for a photo-op. Kayaking against currant and a light wind for 2 1/2 miles proved a bit strenuous for most, but was much easier on the return.

Photos by Seguras: Petroglyphs and scenic hikes at Valley of Fire, plus a Tortuga visitor!

First, let's start with entertainment. There is no shortage of shows on the Strip for every age and taste. You can still catch Mr. Vegas, Wayne Newton, who, at 77 is doing more talking than singing, but he's still a major headliner and a highlight for those who wax nostalgic. For the more adventurous, you can take your chances with the Blue Man Group, featuring comedy, performance art, music and dance party, all rolled into one. A quick check of the internet will tell you which stars are playing during your trip, from Mariah Carey to Elton John (get tickets way in advance) or take in a big name comedian like Penn and Teller or Carrot Top. We scheduled our latest boondoggle around the iconic ZZ Top, still rocking and rolling with the same band members for the past 50 years.

Cirque du Soleil has the monopoly on acrobatics from the Beatles LOVE (a personal favorite) to the adults-only, Zumanity; plus KA’, Michael Jackson’s ONE, Mystére and O. On a previous visit we saw Zarkana which I found particularly boring and noticed that this particular Cirque show is no longer playing.

Vegas is famous for its major hotels which are an attraction in themselves. The glittering renaissance frescos and gondoliers at the Venetian, the Big Apple skyline and roller coaster at New York, New York, or the Eiffel Tower at Paris Las Vegas, are just a few. Families might like to stroll through Circus Circus which features daily circus acts and a midway filled with rides and games (purchase an all-day pass from $17.95 to $31.95 based on height) .

Outside, you can catch free ‘mini’ shows, such as the dancing fountains at the Bellagio (made famous by the Ocean’s Eleven movie) or the erupting volcano at the Mirage. Sadly, the Pirate Show, once a Las Vegas staple at Treasure Island has been shelved. Rumor has it the area will be converted to a shopping mall, as if Vegas didn’t have enough. 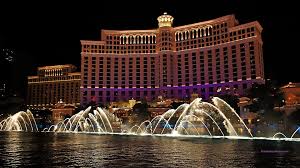 Tip: Keep an eye on the conventions, especially in January, which is typically off-season. We mixed and mingled with 60,000 conventioneers, which is nothing compared to the National Association of Broadcasters which descended on Las Vegas with 103,000 attendees in April, 2019.

For the nature lovers, I highly recommend taking the 20-minute drive to Red Rock Canyon National Conservation area. The current fee is $15 per car which gives you access to over 30 miles of hiking trails, a spectacular 13-mile scenic drive and your first stop, the visitor’s center, where you can learn some history and pick up trail maps. The 13-mile scenic loop is a paved, one-way road that travels through Calico Hills, passes a multitude of scenic viewpoints and has many places to pull over, take pictures or stop for a short hike.

It’s definitely worth the hour drive to visit Valley of Fire State Park. After paying the $10 entrance fee, head to the Visitor’s Center for a history lesson on the fascinating geology and prehistory of the park. The park contains petrified trees and petroglyphs dating back over 2,000 years as well as various trails through the beautiful red rocks for every level of hiker.

Just 45 minutes from Las Vegas is iconic Hoover Dam. If you haven’t been lately, go again and go early to beat the crowds. Pay the $15 per person fee (and $10 to park) to enjoy the 30-minute Power Plant Tour and visitor center. Walk across the dam from Nevada to Arizona and take pictures of this marvel of engineering from the top down. The fact that it was constructed during the Great Depression, from 1931 to 1936, makes it all the more impressive and a great history lesson for children and adults. Note: Cars are stopped and checked by Bureau of Reclamation Security before arriving at the dam. No firearms or knives (which we found out the hard way) are allowed at the dam. Backpacks, purses, etc. are also checked by security before descending into the Power Plant. My husband had a small pocketknife that he had to return to the car before we were allowed to enter. If it had been a long line to get inside, that would have been annoying indeed.

A mere 15 minutes outside of Las Vegas in Henderson, is the Ethel M Chocolate Factory and Botanical Cactus Garden. Ethel M Chocolates just celebrated their 35th Anniversary and they've recently remodeled their self-guided tour and gift shop. The cactus garden features over 300 varieties of cacti and succulents and both the self-guided tour and garden are free. You can also take a 30 - 45 minute Chocolate Tasting Class that runs every day, five times a day. It's a mere $15 per adult and $6 for children 13 and under. For those 21 and older, try their Wine and Chocolate Tasting Class which pairs premium chocolates with four hand-picked Trinchero wines. Both classes earn you an honorary Chocolatier Certificate and 20% off in the gift-store for same-day purchases.

On our most recent visit to Las Vegas, we ventured downtown to explore the Mob Museum, a non-profit museum dedicated "to advance the public understanding of organized crime’s history and impact on American society." We explored all four floors of well-organized and interesting exhibits that covered the Prohibition era, mob history, organized crime from the 1920's to today, courtroom hearings; even a crime lab and firearm training similar. It is very hands-on and interactive. We were very impressed and felt it was well worth the $29.95 general admission. Specialty exhibits and simulations are additional.

What is the best time to go to Vegas? March - May and September - November. In the summer, temperatures can soar to well over 100 degrees and winter temperatures can drop into the 20's and 30's. However, if you don't mind the cold, the holiday lights in December are a sight to behold. 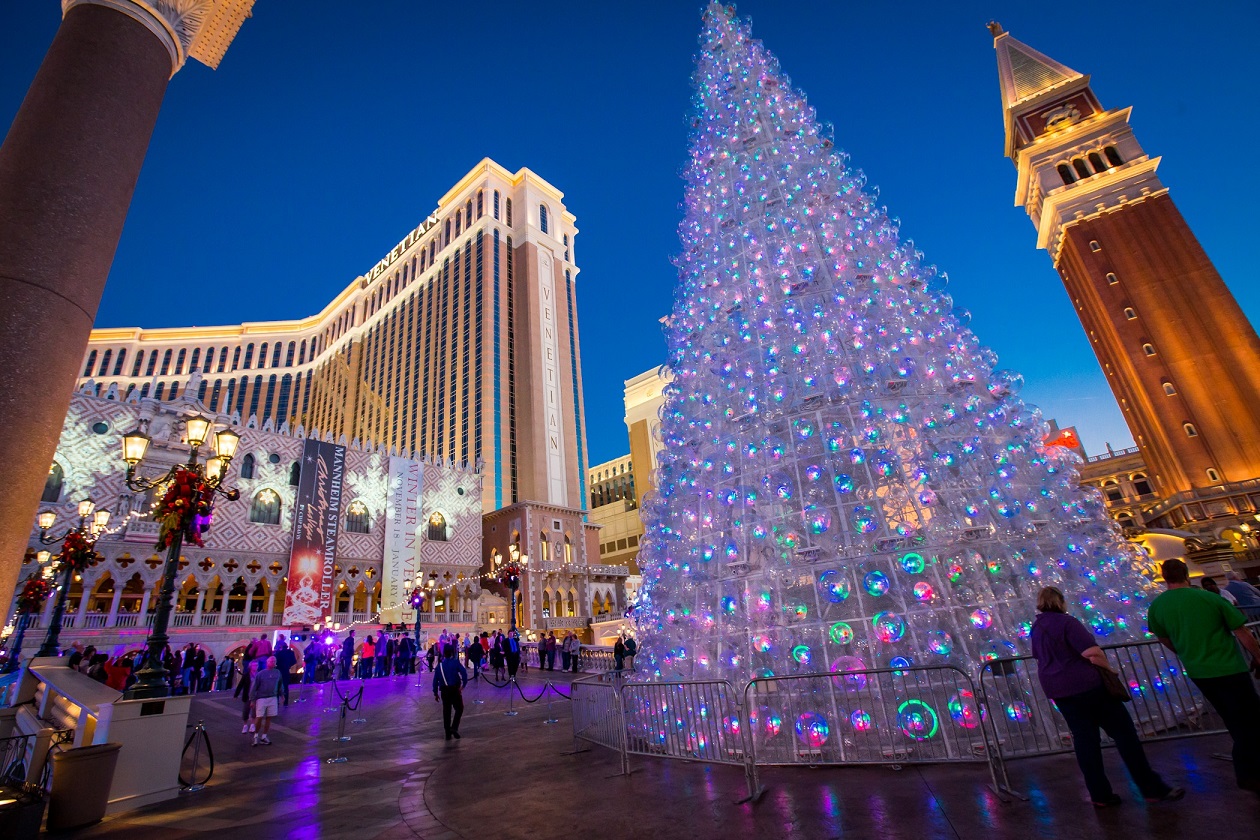 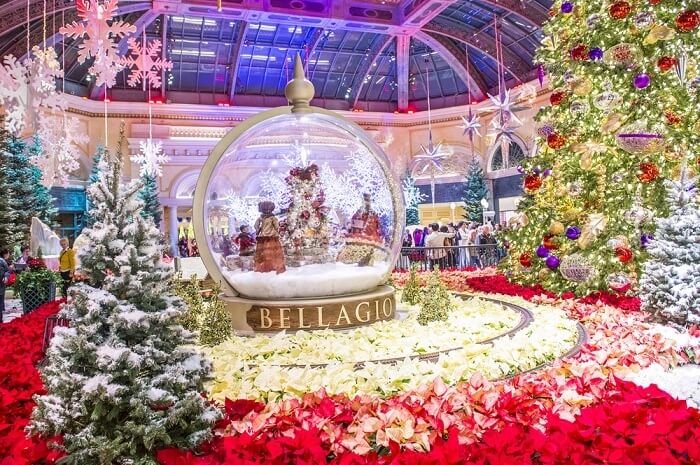 Please contact me if I can help you with your Vegas or other location vacation!

Wonderful Places You Can Visit Right Now Without Leaving Your Couch